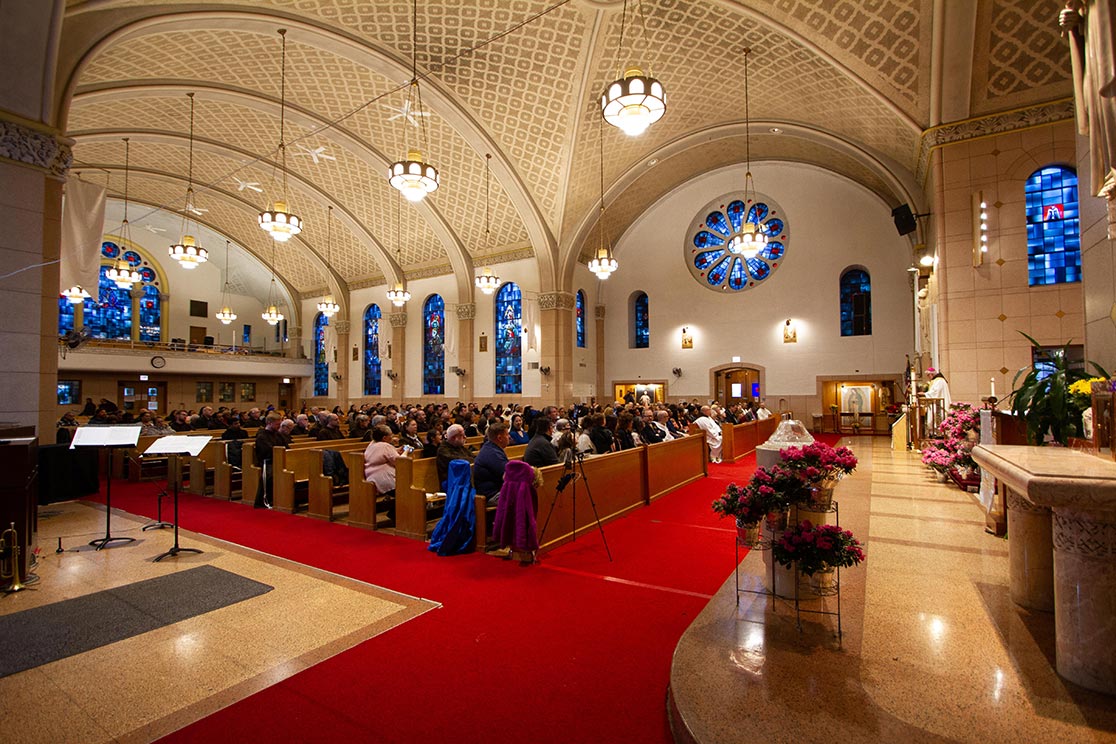 At a Mass of Ordination at St. Clare of Montefalco Parish in Chicago, three Capuchin friars were ordained to Holy Orders of the Catholic Church by Capuchin Bishop Paul Schmitz of Bluefields, Nicaragua.

Br. Fred Cabras and Br. M.J. Groark were ordained to the diaconate. Br. Anthony Kote-Witah was ordained a priest. 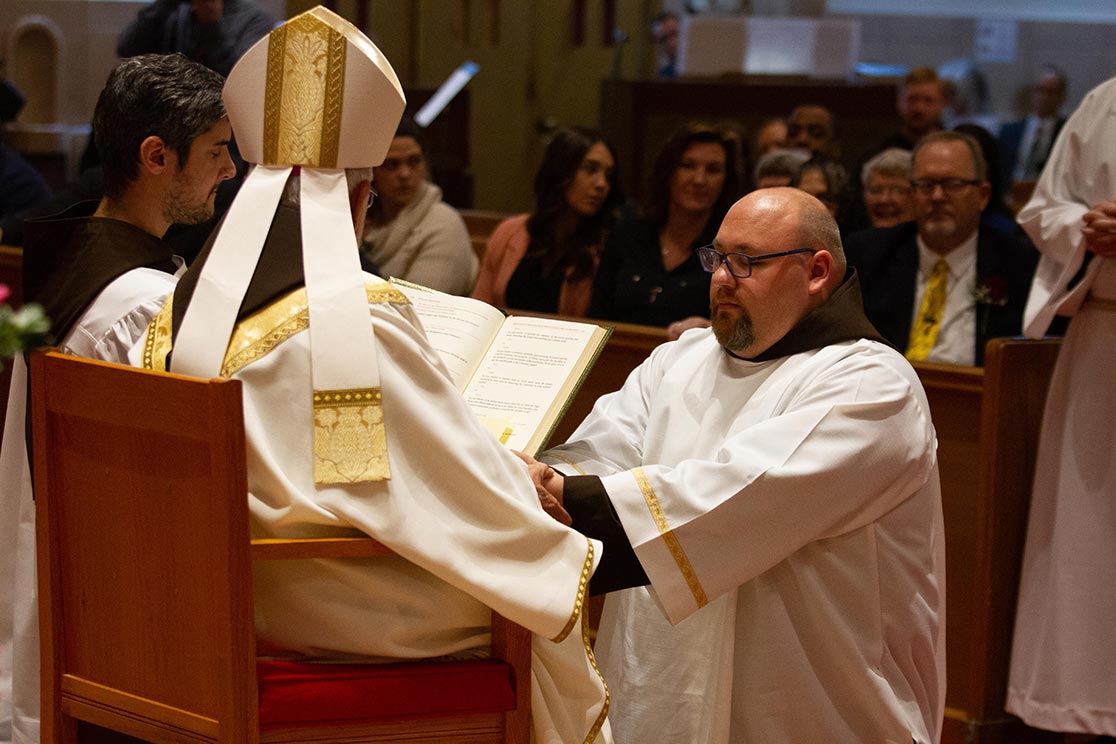 Br. Fred, a native of Paw Paw, Michigan, grew up attending St. Mary’s Parish in his hometown. He is a graduate of Hackett Catholic Central High School in Kalamazoo and the University of Illinois-Chicago. Br. Fred discerned the call to become a member of the clergy while attending the FOCUS Conference for young adults as an undergraduate at UIC. “I got this sense that there’s something more that I’m searching for,” said Br. Fred. “I realized that community and social services were at the hallmark of my spiritual life. Being with and journeying with people on the margins and living in community is where I found spiritual richness.” This led Br. Fred to the Capuchin Franciscans.

Br. Fred is working to become a Licensed Clinical Social Worker (LCSW). Following his ordination, he will complete his clinical work at Northwestern Memorial Hospital in Chicago. When he completes his clinical work, Br. Fred will be both a licensed clinical social worker and also an ordained Franciscan friar. 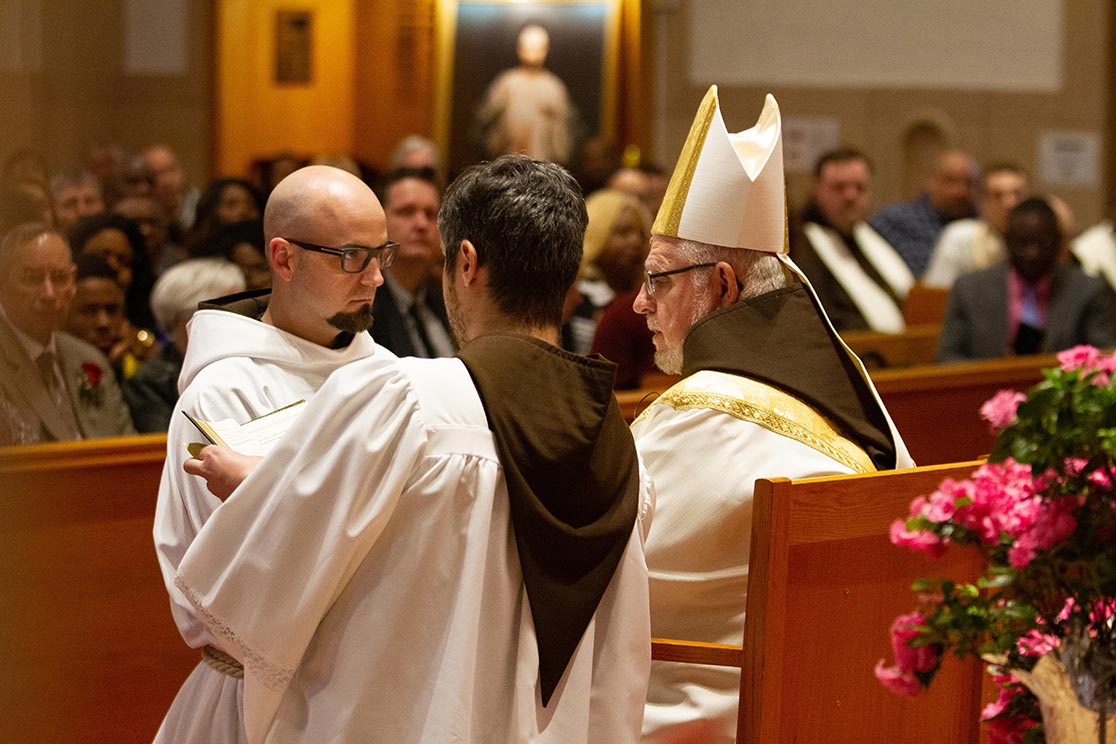 Br. M.J. joined the Capuchins in 2009, leaving behind a grinding, high-pressure life in business that nearly consumed him. The road was not easy, nor was it straightforward. Br. M.J. hit rock bottom in Southern California following years of drug and alcohol abuse that left him jobless, destitute and homeless. After detox, rehab and continual reflection, Br. M.J. had an epiphany while attending Mass at St. Josaphat in Milwaukee in 2007. It was there, that Br. M.J. sensed that he was being called to something greater. From there, Br. M.J. entered the Catholic Church, then entered formation as a Capuchin friar and is now on the path to the priesthood.

Following ordination, Br. M.J. will continue on toward priestly ordination. “I feel very calm in this moment, because I see the call to diaconate ministry as just a natural evolution to what we’re called to as Capuchins, which is to be a servant to everyone,” said Br. M.J. “This life has been a blessing and allowed me to constantly be on this journey of purging and conversion and self-emptying. I’m very grateful for that.” 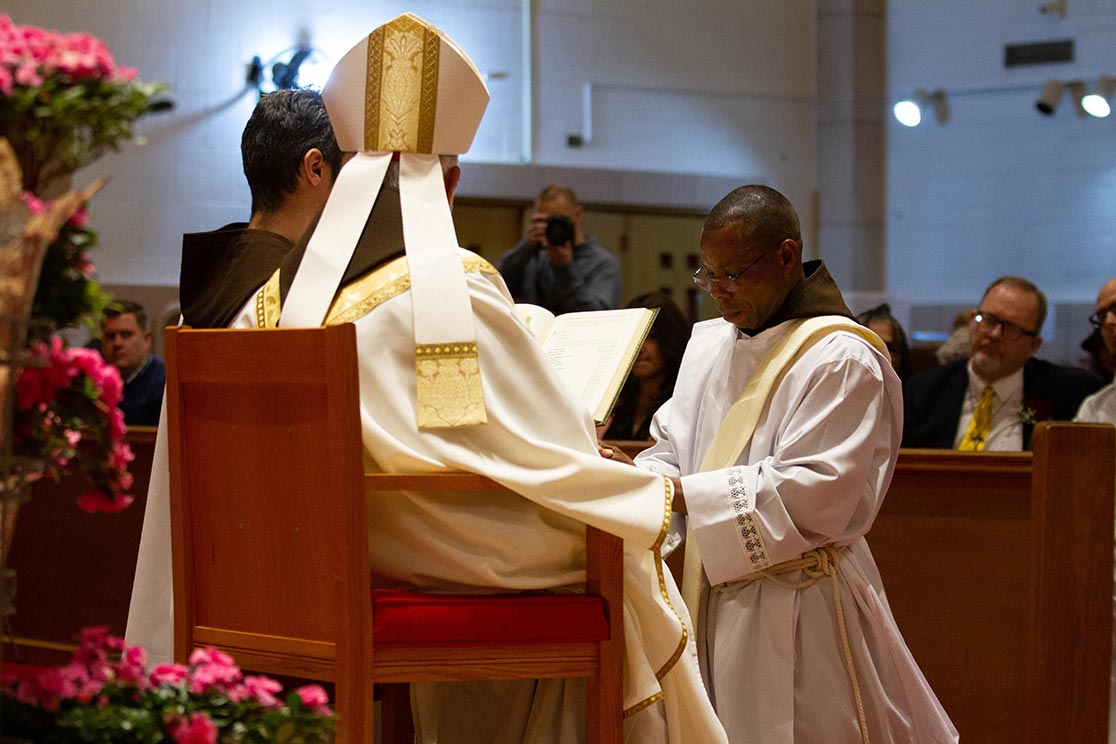 Br. Anthony currently ministers at the Solanus Casey Center in Detroit, a pilgrimage and spiritual center dedicated to Blessed Solanus Casey. Br. Anthony has ministered at the Capuchin Soup Kitchen in Detroit. In addition, Br. Anthony serves the congregation of St. Ambrose Parish in Grosse Pointe Park, Michigan as a deacon.

“I’m so excited to become a father of many children,” said Br. Anthony. “That’s a great way to describe the priesthood… It’s really about sharing God’s love with his people”

Br. Anthony is a native of Nigeria. He left his homeland as a refugee and was eventually granted asylum in the United States. He entered the order of Capuchin Franciscans in 2013 and took his perpetual vows in 2018. Br. Anthony was ordained a deacon in 2018 and has completed his formation for the priesthood through Catholic Theological Union.

“I have had a great deal of chaos in my life, but many blessings as well,” Br. Anthony explains.  “I fled my native country, Nigeria; I lived in a refugee camp for three years; I was given asylum by the United States; and I was sponsored by the Catholic Social Services and found a life in Lincoln and then Omaha.  It was in the United States that I discovered my calling to religious vocation and joined the Capuchins.” 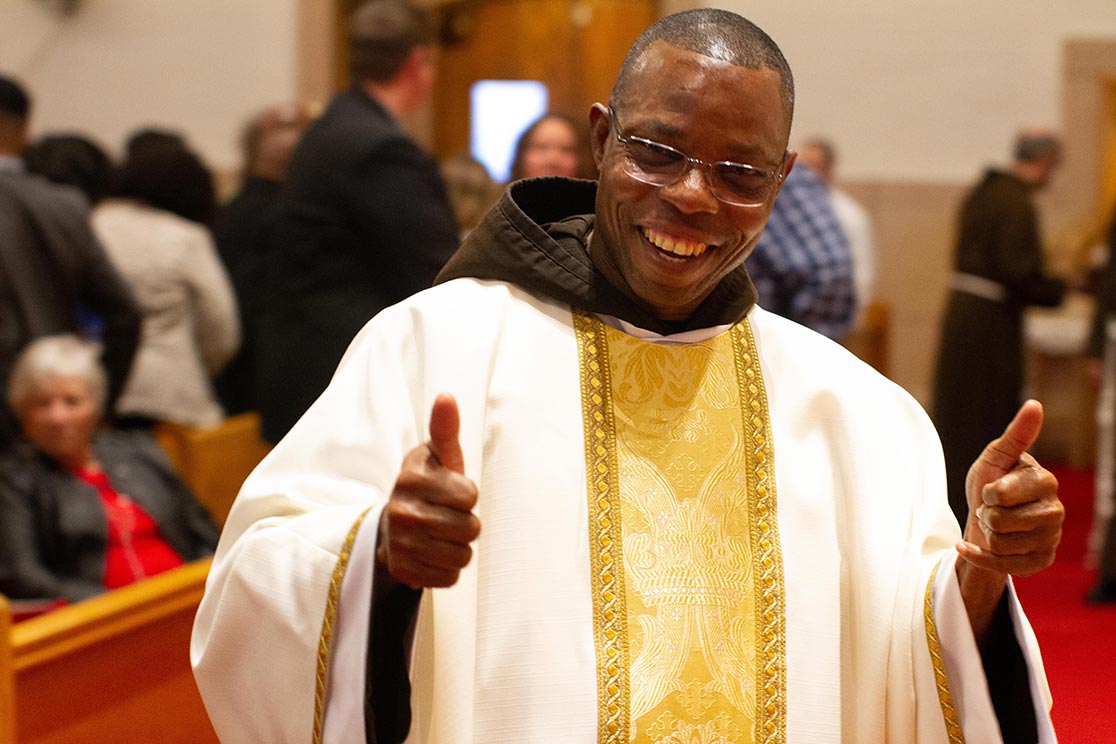 We ask for your prayers for these men as they begin their diaconate and priestly ministries.